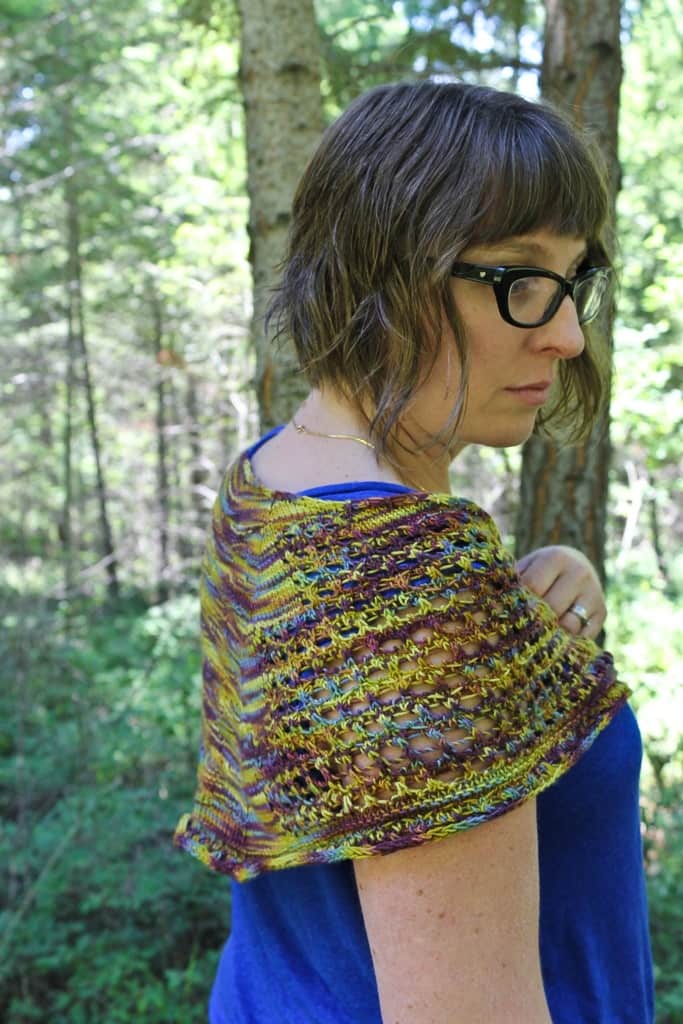 A few years ago, I was fortunate enough to go to Sock Camp, this magical weekend in Port Ludlow, Washington. Many wonderful things happened that weekend, but my very favorite was getting to dye yarn with Tina.

I dyed my two skeins and fell head-over-heels with one of them. Tina admired it, too, and asked me if I’d be interested in pairing the my-colorway-inspired Tina creation with my designing and come up with something for the 2013 Rockin’ Sock Club. Um…HELL YEAH! 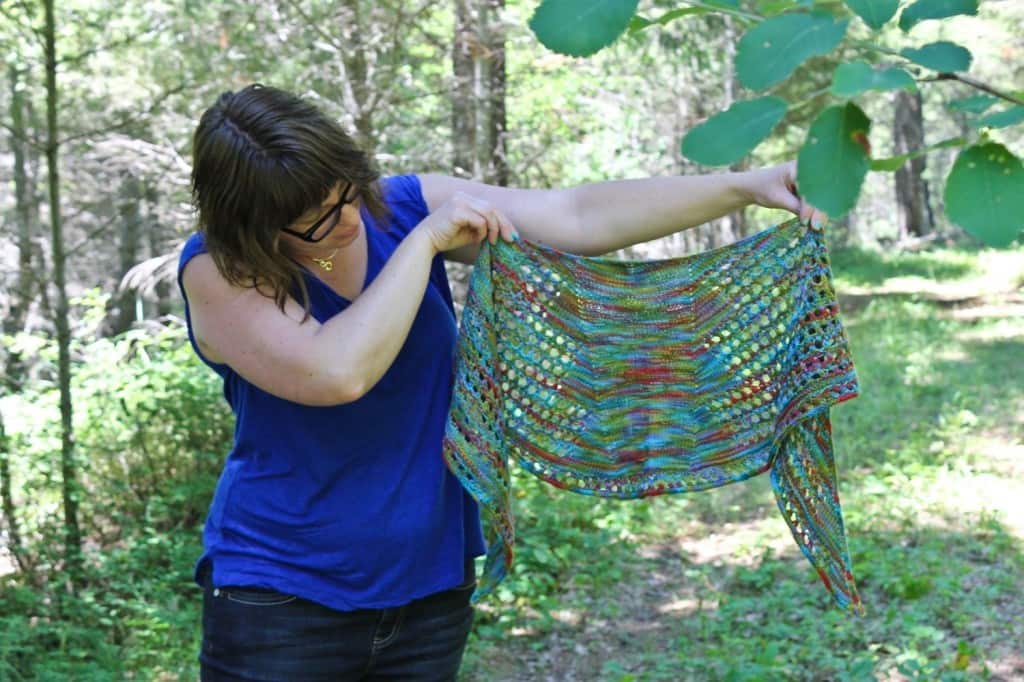 So, Tina tinkered with color, and I tinkered with design, and she asked the uber-talented Star Athena to create a sock pattern, and the first package for the 2013 club was born, consisting entirely of Portland talent.

I’ve always loved that pattern, Stanton Stairway, inspired by the hills of Portland. The fact that super-highly variegated Socks that Rock colorways shine in this pattern is icing on the cake. I made another in Tidepooling (one of my fave STR colorways EVER). 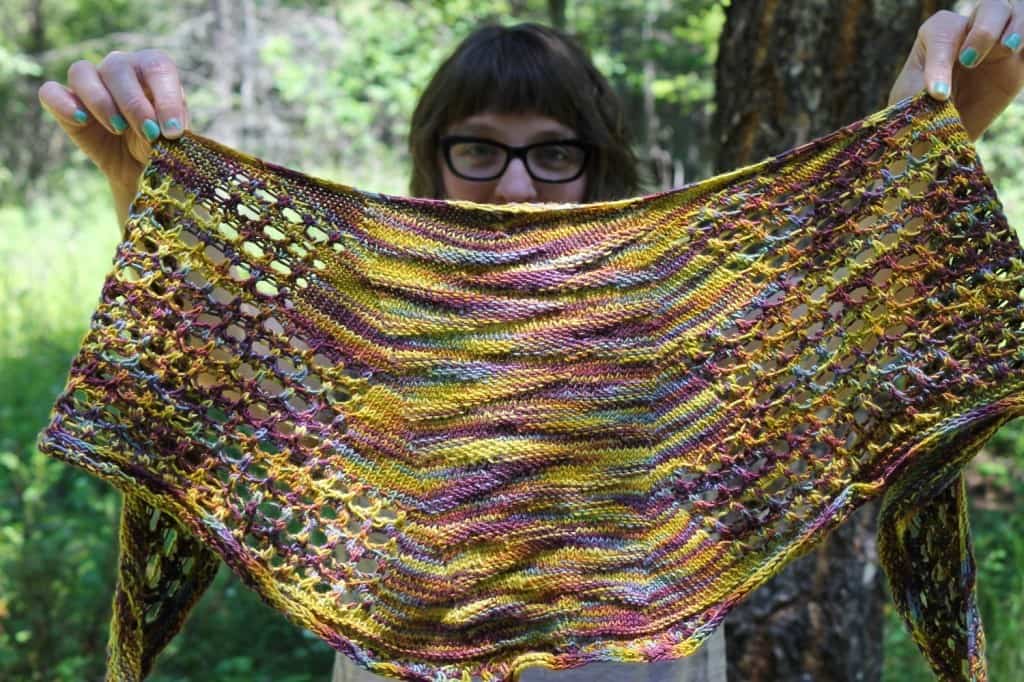 What is a Stanton Stairway, you may find yourself asking? Well, among other visual and architectural prizes, Portland has a whole lot of elevation variations going on, so there are stairways all over the city. One of these stairways, the one closest to my old shop, is the Stanton Stairway in NE Portland. The visual steps that rise on the sides of the lacy parts of the shawlette mimic these oh, so Portland and somewhat hidden treasures.

Wear this shawlette on all the highways and byways, sidewalks and stairs you travel, and stay warm and stylish.