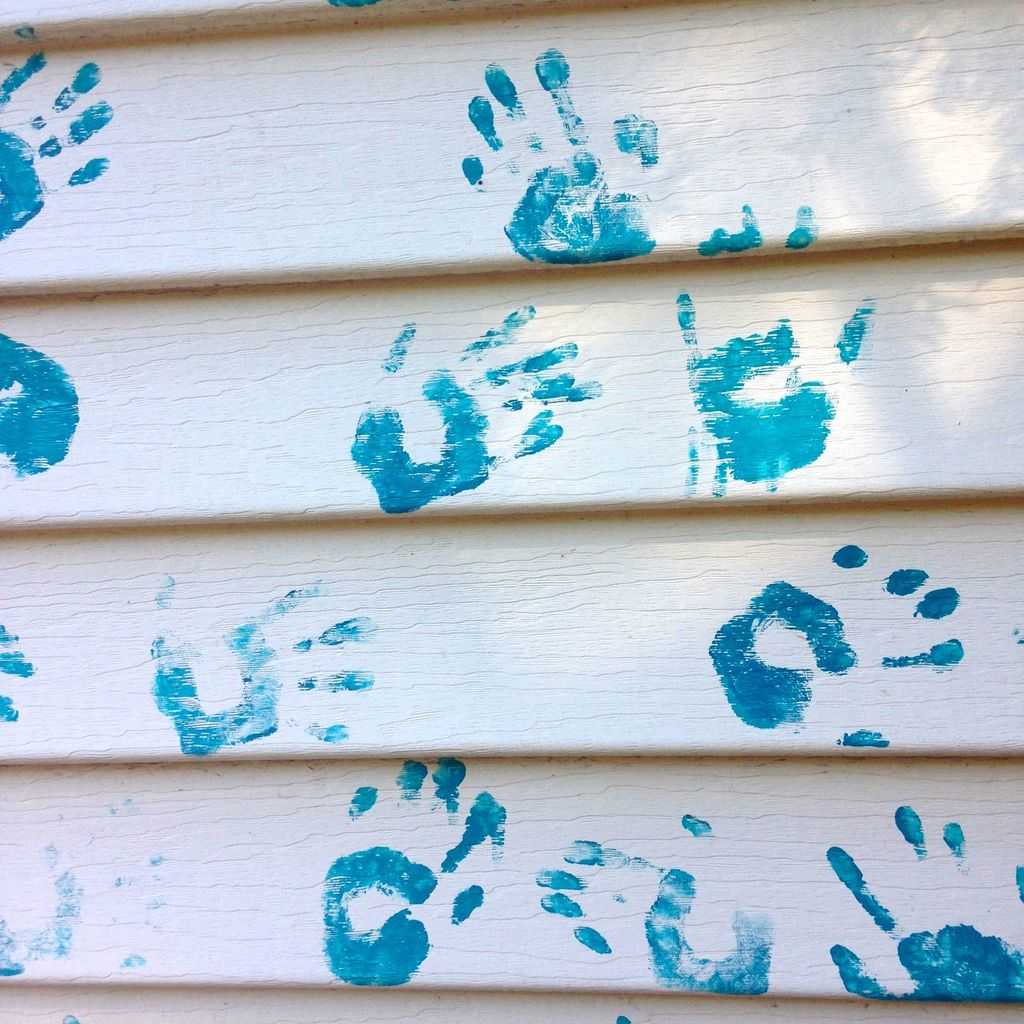 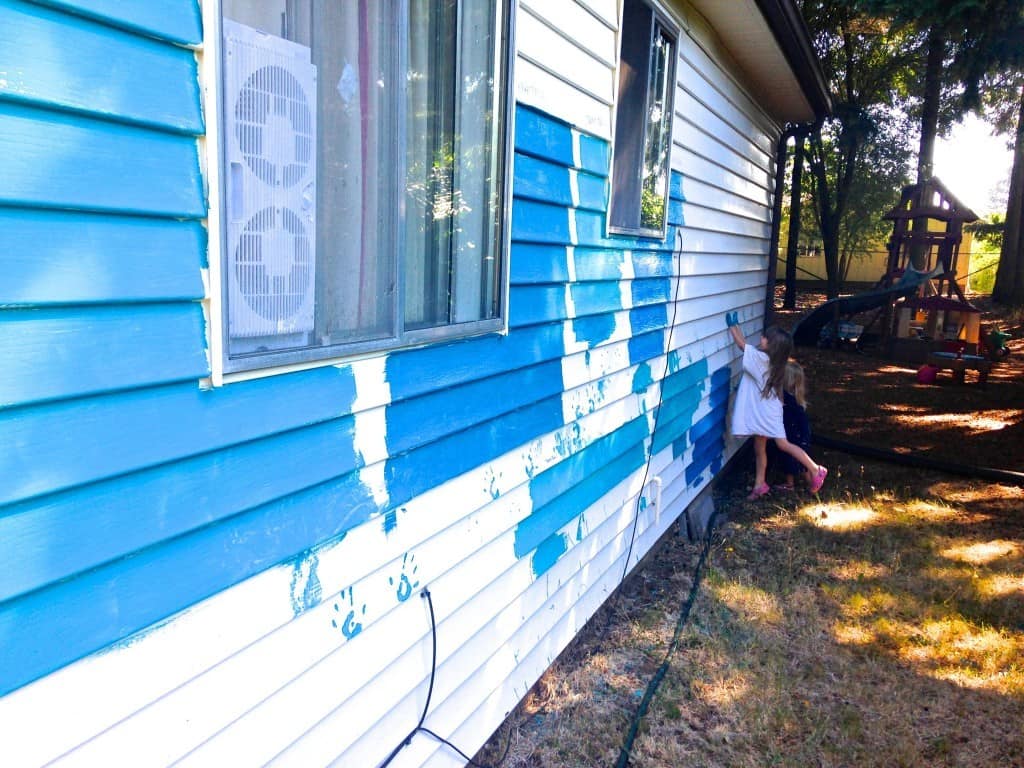 We’re getting some work done on our house this Fall – new siding and new windows. As excited as I am about the prospect of Astrid’s room and our room being a smooch-bit warmer due to the new windows, the big excitement is getting a new face on our house. A new color. Yeehaw!

This morning, Stefan threw big tshirts on the little ladies and had them help him try out the four colors I picked up as potentials. They had so much fun, and even though they have no clue what Smurfs are, it seemed they’d turn into a few if we left them out there for much longer. 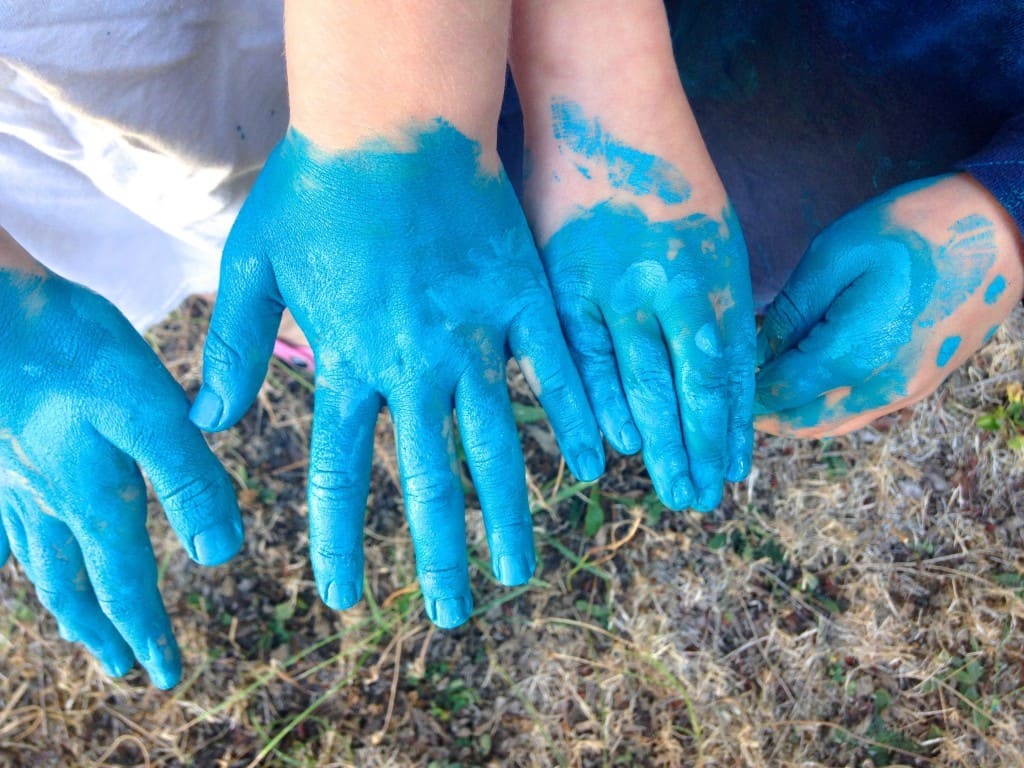 They just can’t seem to help themselves – it’s like small kids are hard-wired to get as messy as possible in as short a time as possible. You can turn your back for a second and every toy in the house is dumped in the bathroom. You can walk away from them and two minutes later they are filthy from head to toe. 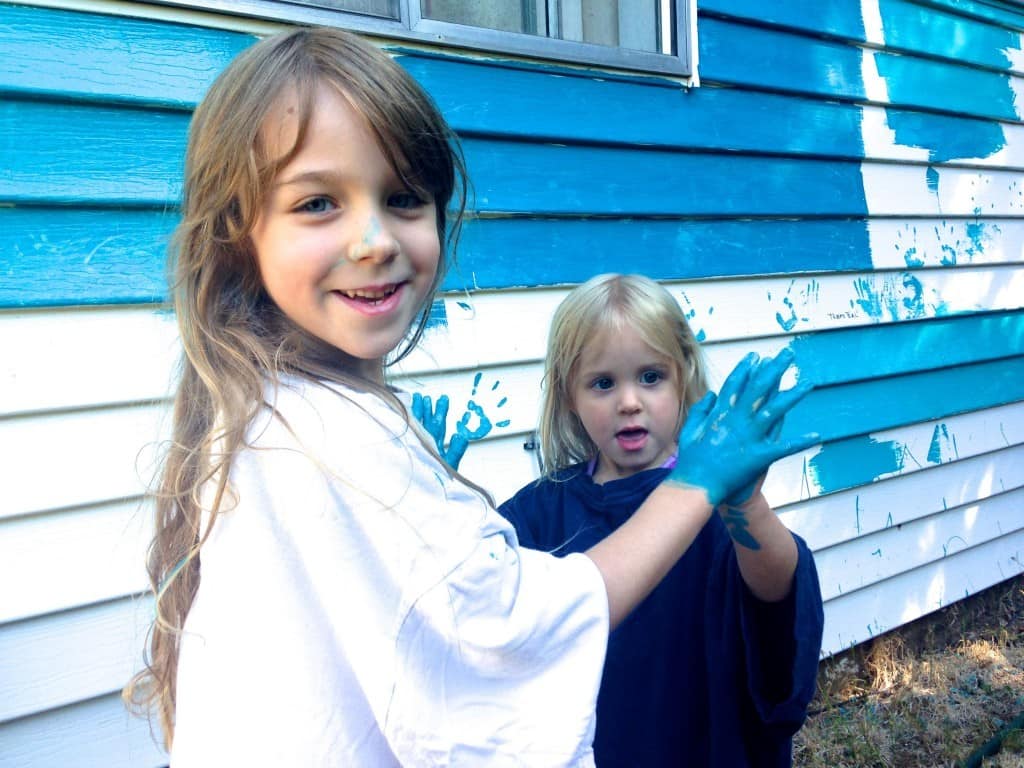 Pretty sure we’ve decided on a color called “Great Falls.” Not as teal-y as I initially thought I wanted, but looks much better and tamer on a large scale.