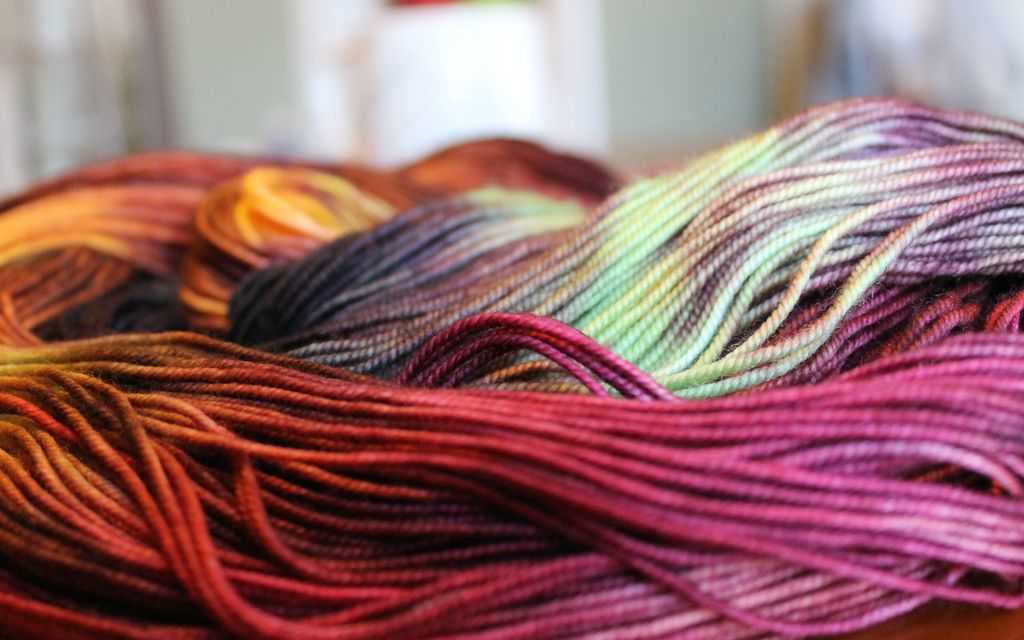 I don’t know about you, but I tend to try to trick myself into completing tasks by engaging in a bit of bribery. Particularly in my creative pursuits, and especially when I’m feeling grumpy about doing something. Like what I’m working on now. It’s not that I don’t like the project, it’s just that I’ve already done it. Like, the exact thing. With the exact yarn. And almost exactly with the exact same pattern. It’s the first iteration of my Mystery KAL pattern, and I changed one teensy little thing, all the way up at the beginning of Clue 2, and I thought I’d be ok with not redoing the shawlette, but I was wrong. You see, I’m a bit nervous about this whole thing. There are a lot of folks signed up for it, and I just want to make extra-sure everything is good. I almost said perfect, but I know that life isn’t perfect, knitting isn’t perfect, and I most certainly am NOT perfect. But, I want all versions of this shawlette that come off of my needles to be as close to perfect as possible. So I ripped. I ripped a LOT. And I’m re-knitting it all. 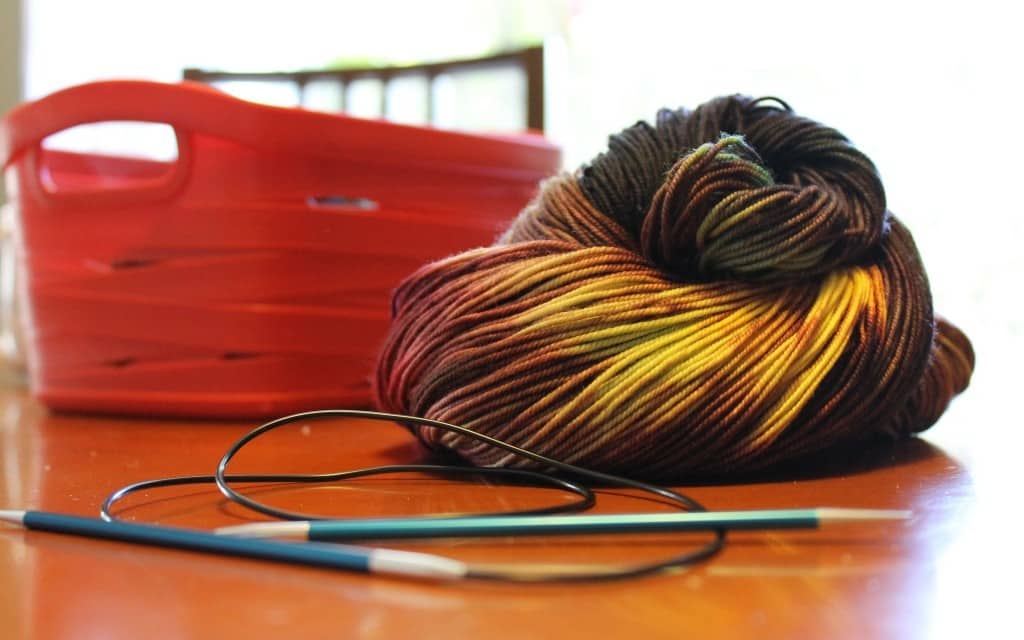 So, onto the bribery. Onto the self-afflicted-psychological-wrangling. You see, I’ve decided that if I get to a certain point in this pattern (end of Clue 2), I get to cast on a new project. In a lovely yarn. 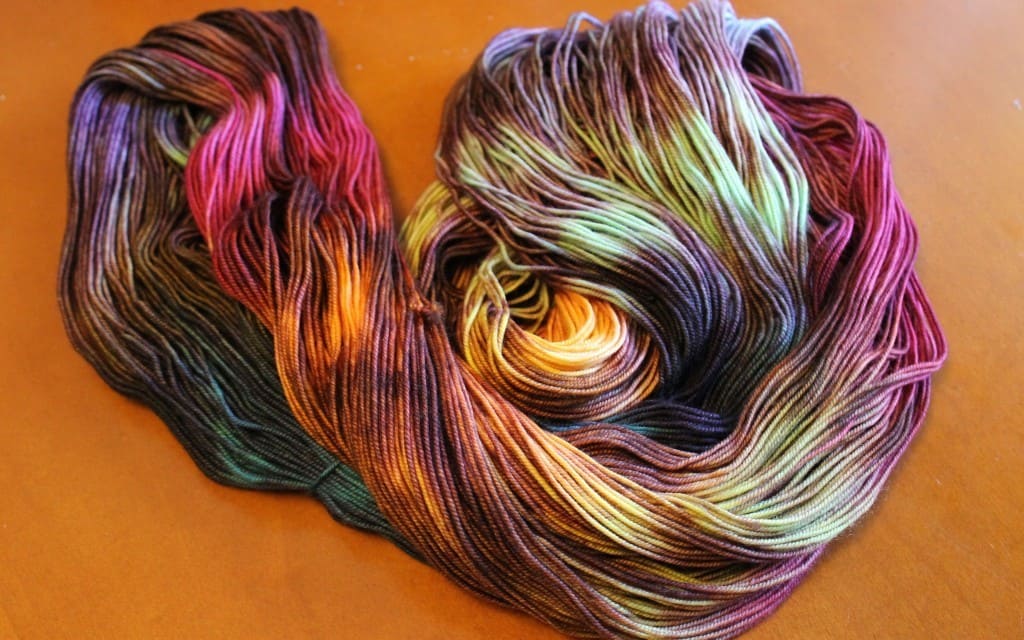 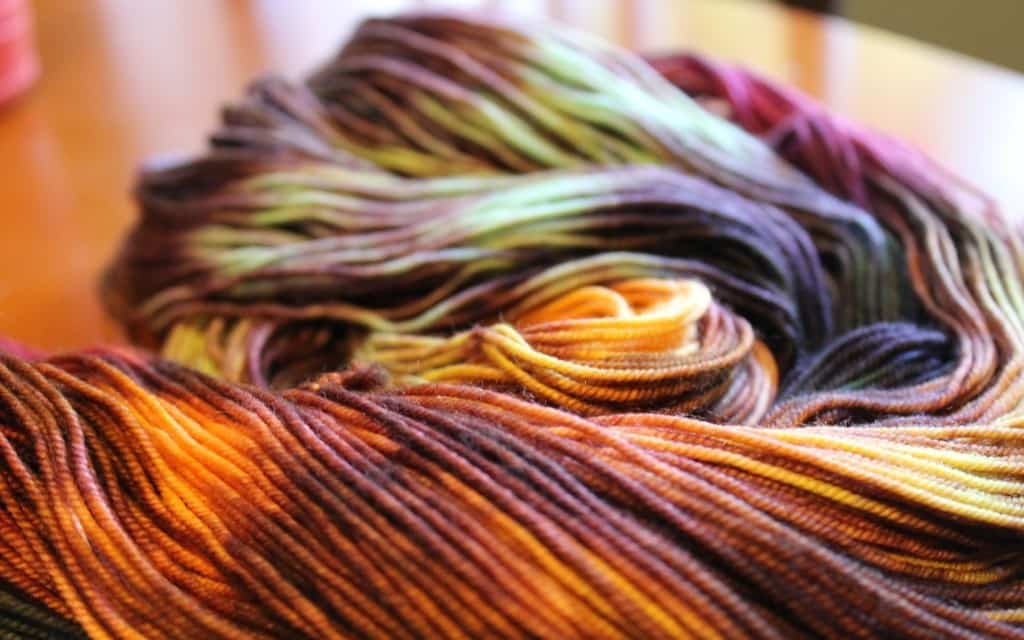 It’s time for me to release a pattern that was a part of the Blue Moon Rockin’ Sock Club last year, but it needs just a bit of tweakage, and it’s the kind of tweakage that would benefit from a re-knit. The best thing is that there’s no real hurry on this. 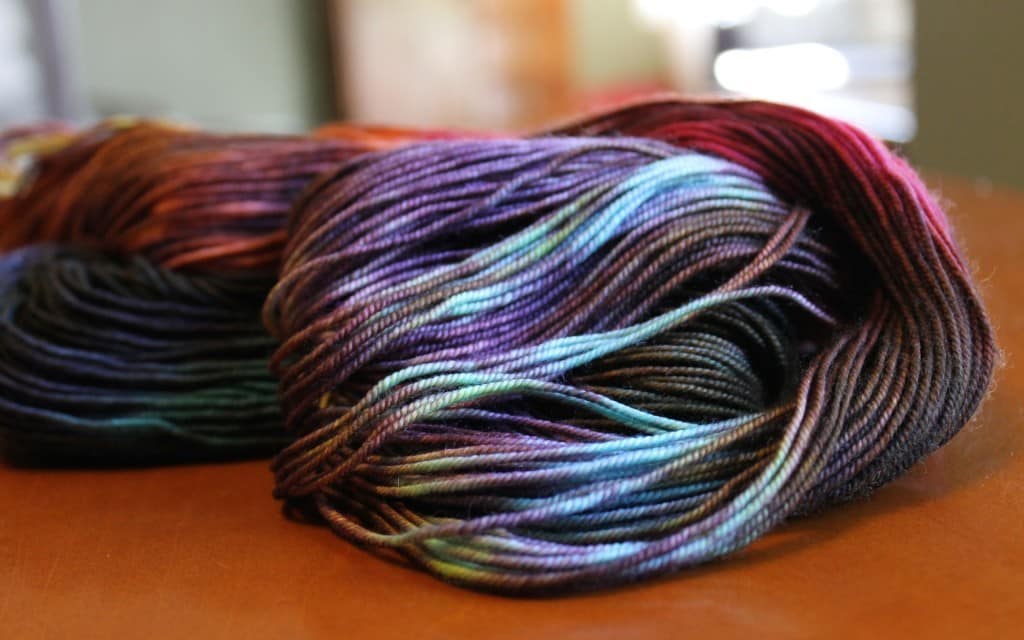 The yarn is Socks That Rock Mediumweight that I’ve had in my stash forever. It’s a Rare Gem, and even when I was making socks like crazy, I just couldn’t bring myself to make socks from it. There’s something so very special about this skein. 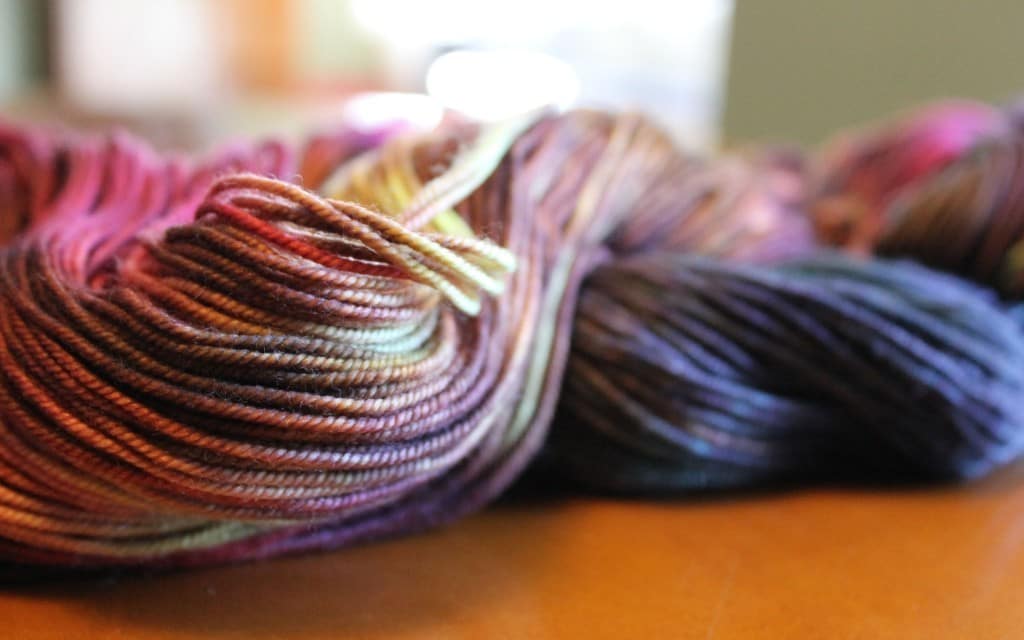 I think it will be absolutely perfect as a Stanton Stairway Shawlette. Once I’ve got it going, I’ll know if this idea my fabulous tech editor had works, and then I’ll get the pattern listed on Ravelry for sale as a pdf. Probably won’t be too long, because I’m dying to see how this yarn knits up on a larger scale.