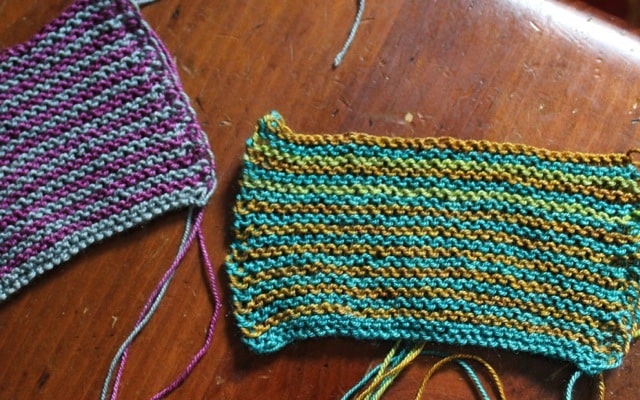 For the Blue Moon Mystery KAL that starts on September 24th (yarn from Blue Moon Fiber Arts, pattern from me!), swatching is not vitally important, gauge-wise. It’s just simply not. True, if your gauge differs greatly from the pattern’s stated gauge, you’ll end up with a smaller or a larger shawlette, and you’ll need less or more yarn, BUT the pattern will work out, and you will have a shawlette-shaped finished object. I still highly recommend you swatch, however, because color choice means so much. Particularly in the recommended YAKSI Fingering, which has the most lovely pewtery base. Colors show up different on this yarn – more diffuse, darker, deeper. 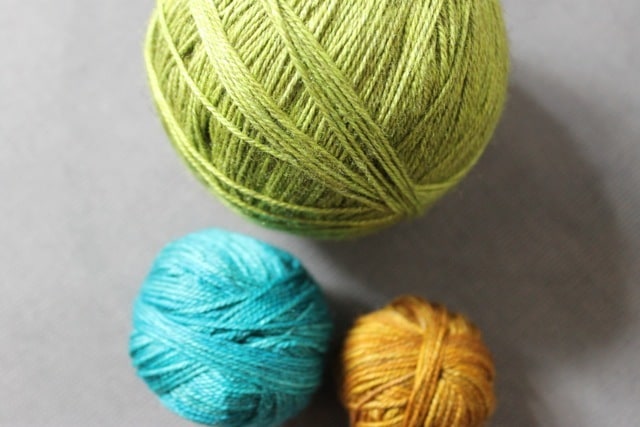 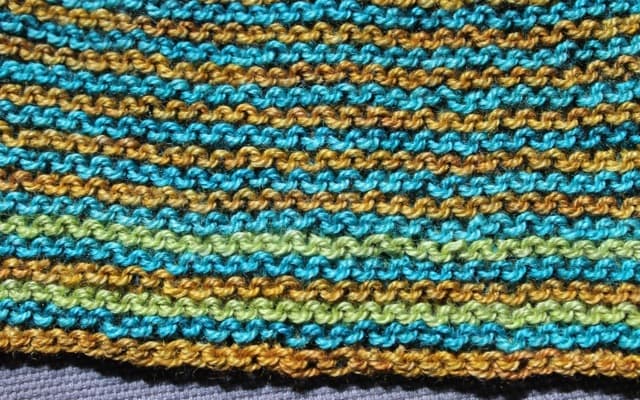 See how different they look in the ball, and how the contrast isn’t as strong when gartered up into a swatch? It still works, you can still see the differences, but the difference isn’t as stark as it first appeared to be. 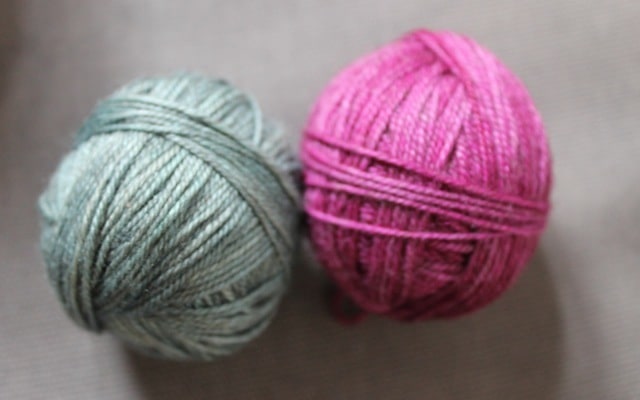 In the second iteration, with The Winter Blues and Boysenberry, the contrast is very apparent, both in balls side-by-side and in the garter swatch. 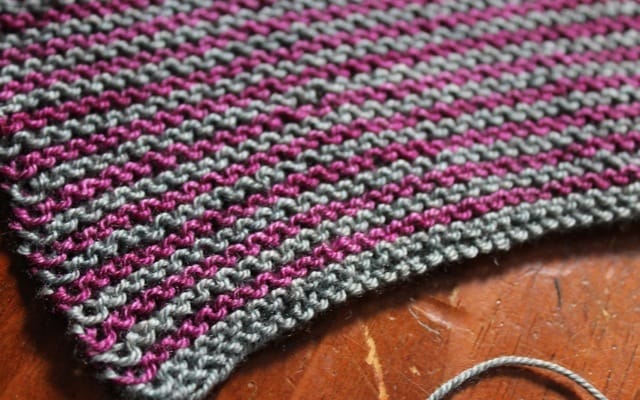 I am head-over-heels in love with both iterations of the Mystery KAL shawlette, and I’ve been dreaming of other color combos. In fact, Tina and I had a blast putting a few together for folks to choose from, although the world is your oyster on this one. One I’m dying to see is Smoke on the Water and any bright green-yellow. Pistachio. Pond Scum. Crabby Apple Green. Should I make a third?

More swatch/color choice discussion will happen over at my newly-formed Ravelry group – it’s where the KAL will be hosted and questions, comments, etcetera will happen. Please join the convo!