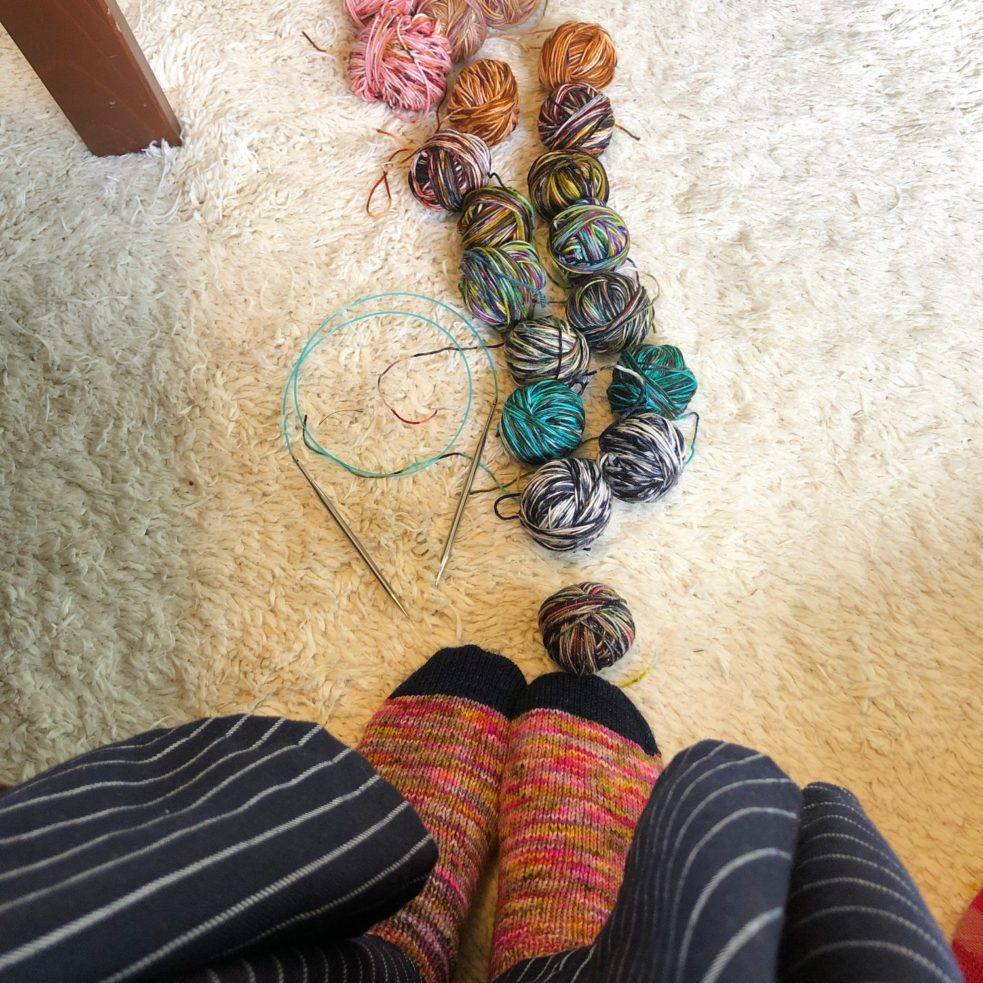 Hey y’all! Ravelry recently updated their site, and changed pretty much everything. At first, folks were complaining about the aesthetics of it, which I was very against. It’s their site, and their aesthetic style, so if they want it to look like it now looks, as long as it’s safe for folks to be on, that’s totally fine with me and in fact, none of my business. But here’s the thing: it’s actually NOT safe to be on. It’s actually a harmful place, like, physically harmful. Read on for my own experiences, and my thoughts on this whole debacle.

Last week, Ravelry dropped a major update to the site with just the whisper of notice or warning. Almost immediately, many people began to experience eye strain, headaches, migraines, and for some, even seizures. There is something wrong with the new Ravelry, and, kind of shockingly, the folks who run it don’t seem to be addressing the actual issues. They have been asked to make the classic Ravelry the default, so as not to cause harm to those the site is harming, and they’ve offered the ability to toggle back to the classic version of the site, but one has to get onto the site first. For some, even logging on is triggering neurological issues, so for those folks, that is not a sustainable solution.

I had an almost-immediate reaction to the site, and it laid me out for days. I have a history of mild to moderate migraines, and had an intense vertigo episode last summer, so when my symptoms came on, I felt super anxious about a potential recurrence of vertigo. I had to stay off of screens almost completely for days, and wasn’t able to work or fulfill all of my home/family things, either. There are echoes of the migraine that continue even now, so I’m being careful with my screen-time.

I’ve sent an email to the folks at Ravelry (copied below), and posted in their accessibility forums (as have many MANY others), but have huge concerns about the way they are handling this. They have been such strong advocates for equity and parity in the past that this refusal to do whatever is neccessary for folks experiencing neurological distress smacks of ableism. I’m disappointed, AND I’m concerned. Concerned for folks that don’t know about these changes, log on to Ravelry, and get harmed. Concerned that the community is going to suffer because faith in the folks in charge is being lost. And, honestly, I’m concerned about my business. I feel weird sending people to this site to purchase my patterns, but I also don’t have a viable option. I’m looking into alternate places to sell my patterns, including getting my own site optimized for it, but the sheer amount of administrative time and work is daunting. In the meantime, if you want one of my patterns and don’t want to risk your health on Ravelry, feel free to email me at hello@shannonsquire.com with the pattern name (or names) and I can send you a PayPal invoice for the total. Then I’ll email the files to you. Not the most elegant solution, but needs must, huh?

Hello, there, Ravelry folks,
I’m joining the chorus of folks who are reaching out to you to express our disappointment with how you’re handling the roll-out of new Ravelry. I have suffered from mild to moderate migraines since I was pregnant with my first child, and most recently suffered from cycle-centric migraines. I haven’t experienced one in about a year, until last week, the day you rolled out the new Ravelry, and I almost immediately began to feel eye strain and a headache coming on. I stayed on the site for about 10-15 minutes, and then felt so ill I had to get off of my screens completely. I then suffered through a multi-day migraine, during which I couldn’t work or really be much of a person in the world. That sucks, and I have a mild migraine issue. I can’t imagine how intense it must be for those with more severe neurological issues.

On top of the physical issues from being on the new site, I am a knitwear designer, so being on Ravelry is an indespensible component of my work. I don’t know how I can direct people to this website that has the high potentiality for harm, or, failing that, for extreme discomfort. I don’t know how I can invite people into my Ravelry space for the community that I’ve been working so hard to build during this pandemic. I no longer feel comfortable doing those very integral aspects of my job, due to the fear of causing one of my customers acute neurological distress. This really sucks, y’all.

I am hoping that you realize that what folks are telling you aren’t meant to pick on the work you’ve done, or be mean to you, or overly critical. Personal tastes aside, the site is not safe for a portion of your community, and that alone should be enough to inspire you to go back to the original Ravelry and then work behind the scenes to fix the issues that are causing this.

Thank you for your time,